It was one of those days that I will remembre for the rest of my life. But the cold morning did not announce it, instead it arrived with the usual deemed light of the winter in an ordinary day. I was not expecting at all what was about to happen that day.

It was winter in Germany and the sky was wearing its typical gray. The sun had already been hidden for many days and a cold rain fell sporadically without turning into snow. The snow I think makes the winter magical. But the magic of this sporadic rain was instead that transformed my parking lot into mud.

The morning routine started like any other day. I dropped my child at school at 7:40 am and went to the gym to do my daily exercises. The long winters in Germany and my terror of the cold had made me seclude myself in the four walls of a gym. I missed the green of the forest behind my apartment where I ran in the summer. But that day the forest was cold, and naked, because all the leaves of the trees had already fallen.

Early in the morning I had begged my husband to give me two hours of his busy day to do some Christmas shopping. But he refused and instead he said in a serious and firm voice: “I’m going to work, I will see you tonight”. When he talked like that, I knew there was no way to make him change his mind, therefore I gave up and stoped trying to convince him. But as I enter to the gym I realized that I was angry at him.

I arrived at the house after my routine of exercise and the anger had turned into sadness. Something unusual, because after sweating for more than half an hour, I always leave the gym with a song in my heart with the natural drug of endorphins running through my veins. But that morning endorphins did not do their usual trick and instead I came home disappointed and lonely.

I put aside all the work that awaited for me that day and decided to do what I usually never do in the mornings; go back to bed. Perhaps sleep will reset my mood I though. I fell asleep almost immediately and I dreamed about my mother. She was in my room and had come to wake me up with a kiss. The sweetness of that imaginary kiss made me open my eyes from my sleep and I stayed still, feeling her lingering presence there. I missed her too much. Perhaps it is the way a daughter misses her mother who lives on the other side of the Atlantic Ocean and sees her little. I thought about calling her at that moment, but I calculated the seven hours time difference between our countries and I knew that she would still be asleep. So I decided instead to try and send her an audio message. I had turned on my phone to do that when they knocked at the door. I did not run to answer it because the memory of my dream kept me in bed. I just wanted my mother. I needed her love.

My thoughts were interrupted again by another persistent knocks. I thought it was my mother-in-law and said out loud, “Come in”. But nobody came in. Then I dressed quickly and went to open the door with a sleepy look for the surprise of my life.

Standing in front of me were my parents! What were they doing here? It was impossible! Nobody had said anything to me about them coming to Europe! They came to surprise us all! Their unexpected visit was the best christmas gift ever.

When I saw them, I almost fainted and jumped backwards, where fortunately I found the wall that supported my back. Then I screamed out of joy and ran to embrace them. I held my tears of happiness. It was simply amazing!

My happy husband was behind me filming everything. He was the perfect accomplice in such a beautiful present. He asked me with a funny voice: “So, do you still want to go shopping?”.

“No!” Then again I hugged both of my parents with a jubilant joy.

Today, already the holidays passed and the gifts were opened, the new year arrived and with it the departure of my parents. We have already finished the first month of 2019, however the memory of their surprise still fills my heart, and makes me smile.

What surprises do we expect in 2019? No of us knows for sure, but hopefully they will not find us sleeping.

“So you also must be ready, because the son of man will come at an hour when you do not expect him”. Matthew 24:44 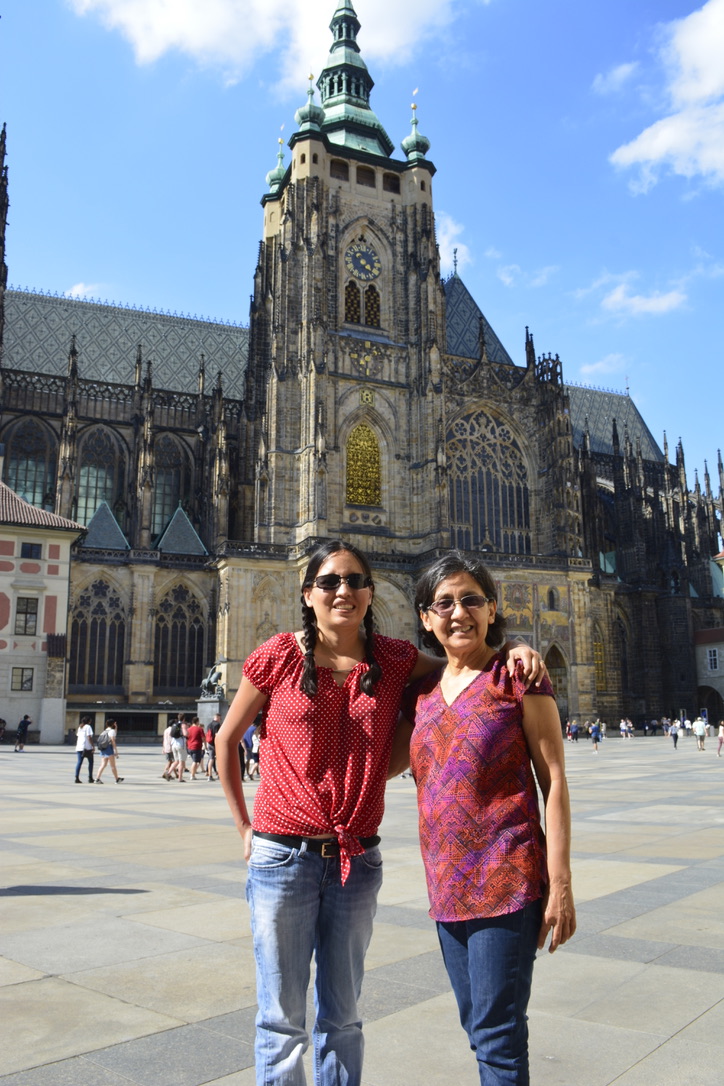